Most people would agree that the meta, and the general game direction Riot have moved towards, have been great for pro play. Faster games, more action, and more room for innovative picks and strategies. Long gone are the 50 minute games that only ends cause of a base race (Looking at you EU).

One of the main reasons for this shift 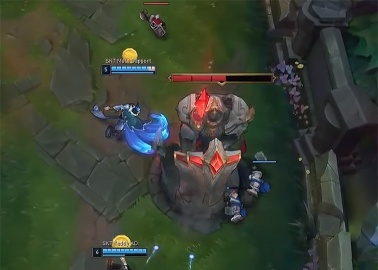 in gameplay is the huge injection of gold in the earlygame from turret plates. Combine this with the fact that early dragons are stronger than ever, and rift herald actually is a objective worth fighting over, and not just automatically given to the team in control, and this results in bigger rewards for early winning lanes. Additionally it has become easier to siege both with, and without baron, so teams can’t just wave clear with Sivir until 40 min(Rekkles…).

And although this is great entertainment for viewers of pro play, it has some negative impacts on solo queue. It is very win lane – win game, and a lot of champions have lost their identity. Riot also try to keep most champions close to 50% win rate regardless of the meta. Take this as an example: 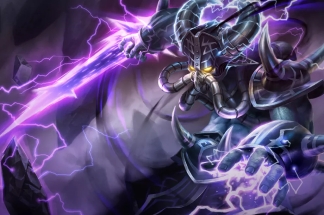 Kassadin, a champion that needs at least to completed stacking items and level 16 to hit his strong point, has a win rate of around 50 % in season 5 with an average game time of 32:37. In season 9 his win rate is still around 50%(currently 51%), but games are 5:24 shorter on average(27:13 currently). This means that Kassadin must be stronger early, meaning he isnt such a late game menace any more, but more of a mid game champion. Kassadin is just the example i use, other examples include Vayne, Nasus, Veigar, Maokai, Sivir, Gangplank.
Okay, so what does this mean. Well first of all, if the meta shifts again all these champions will probably be broken, but that’s not the point of this thread. It removes a lot of counter play in some matchups. I remember especially the Maokai vs Darius matchup around season 6, it was all about surviving early until you could contest later in the game. Now I’m pretty sure Maokai can’t contest Darius at any point unless he is very ahead. Why is this? Since late game champions have to get more power early meaning they have to flatten out his power curve, in other words he is stronger early at the expense of power in the late game.

Connecting back to the main point of the thread, why this is unhealthy for solo queue. Say I play the Maokai into Darius matchup toplane, and I’m able to outplay lane and get a gold lead of 1000, but the rest of my map is losing. I will never be able to pressure the turret in a 1v1, cause he will always win under his turret no matter what. In a more late game focused meta I could use my gold to help the other lanes stall out, and become an incredible frontliner for teamfights at 25-35 minutes, and make up for the lead their carries had by peeling well. But now games get won by 15-25 minutes if one team is in control, and I would never be able to get to that point.

A slower meta gives both styles a chance to shine. Darius, Renekton, and Jayce would be on a clock to win the game, but their early game would be stronger as tanks and hyper carries have their power shifted towards later in the game, and are therefore weaker in lane.